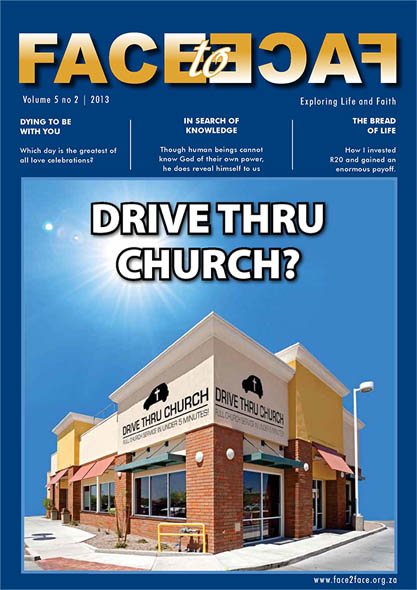 How often as Christians, don’t we beat ourselves up when once again we sin, falling short of the perfect law of God? In our humanness we doubt Gods ability to be able to continue to love us because of our sin. But this is faulty theology; God’s love for us is unconditional, and his forgiveness is complete.

Have you ever wondered how would you have reacted if you had been present at the crucifixion? Most of us would like to think that we would have done something - stood up for, or at least remained beside Christ. Hopefully we would not have shouted “crucify him” but like the rest of the disciples we would probably have run away or just watched helplessly as our Lord died on the cross.

There is an incredibly encouraging story that takes place as an aside to the crucifixion, and involves the disciple Peter. We see Peter vehemently denying that he would ever deny Christ, who tells him before the cock crows he would have denied him three times. The early hours of the following morning find Peter warming himself besides a fire, staring deeply into the coals. Three times he is asked, ‘aren’t you too one of his disciples?’ and three times he denies it... and then the cock crows. (John 18:16-27)

Christ dies on the cross. Days go by. You can only imagine how bad Peter felt for not having been counted with Christ, deserting him when he most needed his friendship and support. Feeling totally dejected he goes back to being a fisherman, heavily burdened with guilt. After Christ reveals himself to the disciples while they are trying unsuccessfully to fish, we see another fire of coals, this time made by Jesus to feed them. Surely these coals must have reminded Peter of his denial of his Lord? But does Jesus reprimand Peter? No! In fact he doesn’t even mention it directly. But he does empower Peter, entrusting him with the future of his church and asks him three times to feed his flock... echoing “I forgive you, I forgive you, I FORGIVE YOU!” (John 21:9-17).

As you read thru this issue of Face to Face, may God’s love touch you, his Spirit be a salve to your sinning heart, and may you more fully understand Gods unfailing love for every one of us.


Does God have an ego?

“Let’s face it; God has a big ego problem.

Paul gives Timothy instructions about how the church should function and how to address some problems in first-century Ephesus.

Do miracles still occur today? In fact, did they ever occur?

About 2000 years ago, arguably the greatest miracle ever, took place. Oh yes, there had been miracles before.

If you could only listen to one song what would it be?

If you could only drive one car what would it be? You may have seen the advert.

I will give you my robe

But Christ without guilt … took upon himself our punishment, in order that he might thus expiate our guilt, and do away with our punishment (Augustine).

After Jesus arose from the grave he appeared on many occasions over a period of forty days to his disciples.

You’re Included and so Is Everybody Else!

“For the Son of Man came to seek and to save the lost.

The bread of life

We received this letter at the office recently, and asked the author if we could share it with our readers.

IN SEARCH OF KNOWLEDGE

Author and evangelist Ravi Zacharias tells of being a graduate student when a new edition of Encyclopædia Britannica was released.

Dying to be with you

On the 14th February each year, lovers from around the world declare their undying love for that special someone in their life.

I have the privilege of living in a really well run complex. The gardens are always neat and the trees trimmed regularly.

I love drive-thrus. You are literally in and out in no time.