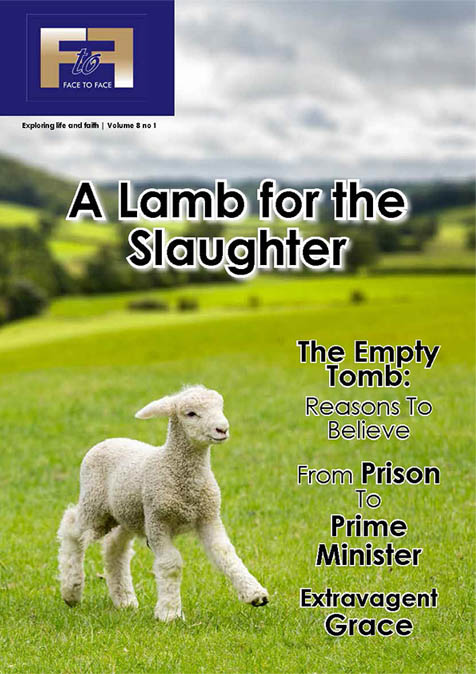 Easter is the time of year when Christians have decided to remember the death and resurrection of our Lord and Saviour, Jesus the Christ. Unfortunately the Good News of this amazing story is too often lost among the eggs and bunnies.

As you celebrate, I’d like you to remember that along with Him, two things were nailed to the cross, without which the story of our salvation would be incomplete.

The first was a list of our sins and transgressions; nailed with Christ, the list of every wrong or inappropriate thought or action, His blood blotting them out, washing them clean.

Colossians 2:14 “Because we broke God’s laws, we owed a debt--a debt that listed all the rules we failed to follow. But God forgave us  that debt. He took it away and nailed it to the cross” (ERV).

Before we ever even realised we needed saving, God acted in love because He couldn’t bear the thought of spending eternity without you and me. He reached out to us in our brokenness and washed our sins clean with His blood.

Also, nailed to the cross above Christ was a sign, written in three languages .But why?

My opinion is that God wanted the whole world to hear of His love and devotion, so He posted this sign and inspired all four Gospel writers to record the event:

JESUS OF NAZARETH, THE KING OF THE JEWS.

Many of the Jews read this sign, for the place where Jesus was crucified was near the city, and the sign was written in Aramaic, Latin and Greek.

Isn’t it interesting that a few hours later, one of the thieves hanging on a cross alongside Jesus (Luke 23:42) asks that Jesus remember him in His Kingdom. What gave him the idea that Christ was King? Well the sign of course, a proclamation for all eternity! A message of hope, leading to his salvation.

A man who was God made flesh, a list of wrong doings and a sign, all nailed to the cross for us, and preserved through the generations, that we could know of His immeasurable love.

And we at Face to Face continue to share the Good News that God loves you, has died for you, has forgiven your sins and rules as King of the entire universe. And through this sharing our prayer is that you be led into an ever deeper and more personal relationship with Him.


A tale of two teachers

I grew up as a grandson of immigrants. Both of my grandfathers had journeyed to ...

“For now we see only a reflection as in a mirror; then we shall see face to face...

I sometimes indulge in a musical trip down memory lane.

“For everything there is a season, and a time for every activity under heaven.

“They have also healed the hurt of My people slightly, Saying, ‘Peace, Peace!’ W...

In the last few years, we have seen the rising influence of writers and scientis...

The TV program Against all odds, presented by Mpho Lakage has surely been an ins...

I have a friend. His name is Jimmy. Everyone likes Jimmy. He is ha...

Grace, which is described as God’s unconditional and unmerited pardon, is the fi...

I still chuckle when I think about the joke I heard about the game warden who go...

The Empty Tomb: Reasons to Believe

Jesus Christ’s resurrection from a rock sepulchre galvanized the faith of early ...

From Prison to Prime Minister The Man Who Never Gave Up

Who would you think of as your greatest inspirational leader of all time?

A Lamb for the Slaughter

My wife and I like mutton and lamb, but it is hard to get these meats where we l...